History of the organization

History of the organization

The history of scouting started in 1907 when Robert Biden-Powell organized a test camp for boys according to the scouting conception he had developed before. Plast is a logical continuation of the Scout movement, which has spread throughout the world since then.

It was founded by pedagog Oleksandr Tysovskyi and two students of the Lviv University – Petro Franko (sun of the famous ukrainian writer and political figure Ivan Franko ) and Ivan Chmola. They started scout activities with their groups in the end of 1911th.

On 12th of April 1912 the group of Olexandr Tysovskyi had composed the first plast oath after finishing of the first leadership program. This day is considered as the Birthday of the organization. To simplify more than 100 history of Plast it was conditionally divided into 6 periods.

1912-13 Plast spreaded on the whole territory of Galychyna, the first congress of plast groups took place where the “Organizational Plast Committee” was established.

1914-1918 the World War One exploded and a lot of members took part in it. After the war had ended, Plast continued its spreading over the other regions of Ukraine. But different ukrainian national movements hadn`t reached the Independence of Ukraine from Russian Empire (Later USSR) and Poland and Plast, as patriotic organization, started to decline. 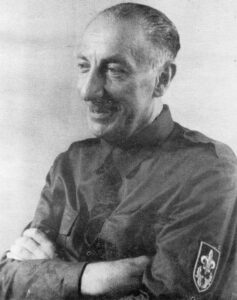 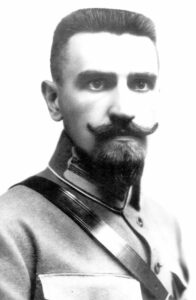 1920-28 the most of Plast members who stayed alive after the wars continued their activity on the western territory of Ukraine (which belonged then to Poland) and in Europe through migrants. In this period the first scout house ”Sokil” appeared. Olexandr Tysovskyi had published his fundamental for the organization book “Life in Plast”.

1928-1930 Plast was forbidden on the territory of Ukraine by Polish government. 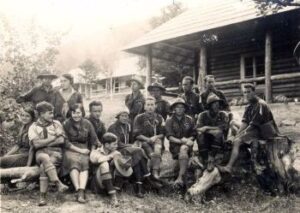 1930-39 Plast was functioning illegal through other different educational organizations and publishing houses. With the beginning of the World War Two Plast leadership tried to restore the legal activity of the organization but the German invaders did not allow this to happen.

IVth period “The second Restoration of Plast. Great goals of the organization ”

After the last war, a large amount of Ukrainians remained outside Ukraine. A lot of plast groups were organized in european countries and countries of the North and South America.

A lot of new Plast branches were created in Argentina, USA, Canada, Germany, France, Great Britain and Australia. Big amount of scout camps were organized and scout literature was published. Ukrainian Plast wasn`t only saved but also had developed.

In the end of 1980-x the political situation in USSR changed and a lot of patriotic movements appeared (legalized their activity). A lot of plast members came back to the historical Motherland after becoming of the Independence to Ukraine. Since then Plast started its activity as the biggest youth organization of the independent Ukraine.