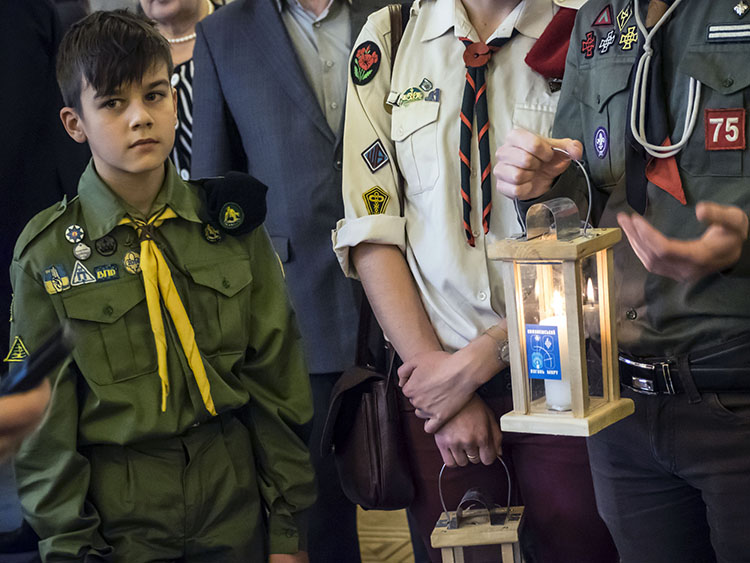 Peace light of Bethlehem: why Plast wants to share it to each ukrainian

It isn’t known for sure who and when first lit the symbolic fire of peace at the birthplace of Jesus Christ. It may have been burning before the Church of the Nativity was built. For more than two thousand years, the Christian church has experienced many upheavals. In particular, they were divided into eastern (Orthodox) and western (Catholic) branches. However, the Peace Light of Bethlehem is a unifying symbol. For centuries, the Orthodox and Catholic churches have jointly supported the burning of oil lamps in Bethlehem.

The Bethlehem fire of peace is also recognized by Muslims. They were keeping the temple in perfect condition during their reign on this earth.

According to an old tradition, every believing Ukrainian family lit a candle at Christmas. Clearly, this tradition is directly related to the fire of the lamps that burn continuously over the Savior’s birthplace.

The essence of the action was to light a candle “as a herald of the Great News, as a testament to the Great Change.” Greeting each other with the greeting “Christ was born!”, They got a sense of common celebration. Since the 1950s, all the Plast branches in the world have gathered annually to light a holiday candle together.

Over the years, this holiday has evolved and modernized “Christmas candle” during which three candles are lit:

Therefore, when the Scout relay of spreading the Peace Light of Bethlehem reached Ukraine in the 1990s, this new Scout tradition (started in 1986 in Austria)  was naturally merged with the almost half-century-old Plast tradition of the Christmas Candle. 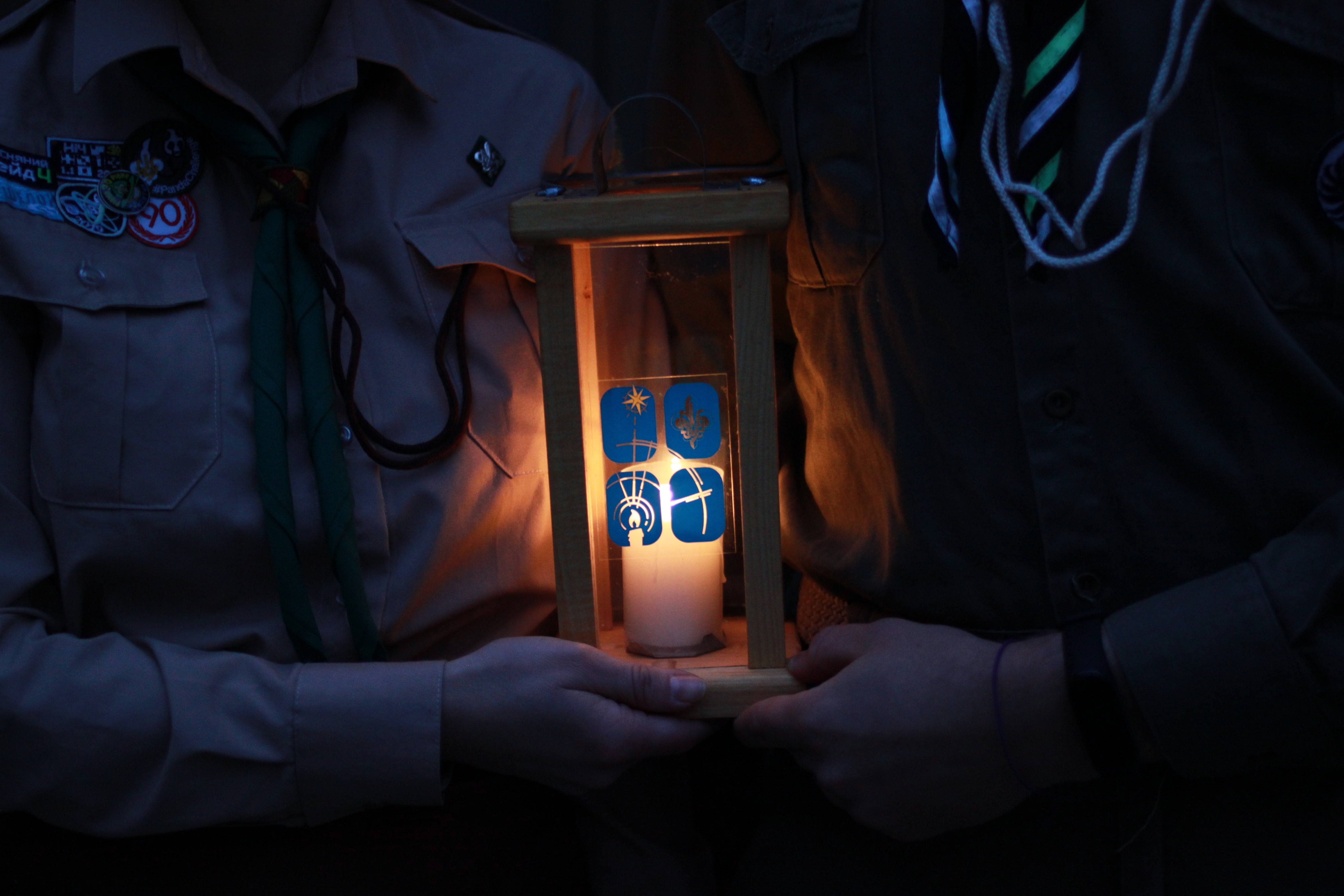 Since 1997 Plast takes part in the Scout Relay every year, taking over the Bethlehem Fire

At first, the fire was passed from hand to hand on the border with Poland (this tradition exists till our time) and since 2007 Plast members take part in the Divine Liturgy, which takes place in Austria on the occasion of bringing the Peace Light from Bethlehem by plane.

It is from Austria that the annual Scout Christmas relay begins. Over the 30 years of the spread of fire, many different unifying traditions have developed. In Europe scouts bring the Peace Light not only to European and national institutions, local communities and churches, but also to mosques and synagogues (where anyone can take it).

Since the early 2000s, Plastuns have been bringing the Bethlehem fire to Kyiv as well. Every year in one of the largest churches in the city there is an official ceremony of handing over the fire to the regional delegations, which are already delivering it to their communities.

To develop a new national tradition, Plast communicated annually with all major Christian churches about the blessing of this scout initiative, and also worked with their representatives in the regions to implement it.

Last year, as this year, and as in all other years, starting in 2014 ukrainian scout bring the Peace light of Bethlehem also to the front line together with the collected material aid for soldiers, because tens of thousands Ukrainians were forced to stay out of their families on Christmas holidays.

So do not forget to light your “Christmas candle” as a symbol of peace, hope, good and bring it to those, who don’t have the opportunity to share it with others.