Scout method is the invention of British General Robert Baden-Powell, which promotes the formation of life values and competencies of the child. The same approach lies in the basis of the Plast method. The World Organization of the Scout Movement (WOSM) uses today a Scout method of 8 components. By the way the World Association of Girl Guides and Girl Scouts (WAGGGS), founded by the wife of the aforementioned R. Baden-Powell, practicing method of non-formal education in 5 components. There are about 500 million people in the world, educated on the principles of these methods or their variants.

The Plast method has it`s own unique and effective components, adapted during many decades to Ukrainian national traditions and needs of Ukrainian society. So what is included in the modern Plast method? These are 8 components, which are reflected in the Charter of Plast – National Scout Organization of Ukraine.

The Plast law has remained unchanged for over a hundred years. Its author, founder of Plast, Oleksandr Tysovsky believed that in the law was laid the whole essence of Plast.

In fact, this law is an educational ideal of Plast movement. Scouts cultivate their character traits and constantly strive to become better. The Plast law contains such unique requirements that don`t exist in other Scouting organizations (for example Punctuality of Plast members) . Tysovsky included it specially to eradicate the taint of Ukrainian mentality. In the 1930’s, in addition to this law, three main responsibilities of Plast member were created, which then constituted the basis of the Plast oath ( tradition to give an oath exists in the most Scouts organizations in the world): “I swear with my honor that I will do all that I can to be faithful to God and Ukraine, to help others, to live according the Plast law and acceptance guidance of Plast leadership”

It is symbolic that the photo made by Plast member Viktor Gurnyak illustrates the corresponding article on Wikipedia: “Scout sign and salute“.

Scouting is known for the fact that all the basic knowledge and skills are received by it`s pupils not through dry theoretical classes, but in the form of cheerful, interesting and useful games. In his basic guide, “Scouting for boys” Baden-Powell completes selection of specially fictional or diligently selected games, with the help of which you can best understand and learn the appropriate material. To a large extent, it is through this approach that this book is translated into dozens of languages, leading the rankings of world sales, occupying a second place after the Bible. Each Plast member from childhood knows a lot of different games, which often practicing in life. The method works so that the children themselves adapt and invent games.

According to this principle, scouts and cub-scouts carry out their activities in small groups (patrols) of 8-10 people. Each patrol chooses a leader one of it`s members and other roles, the list of which was proposed by Baden-Powell: leader`s assistant, patrol`s secretary, cashier and so on.

Due to performing of such roles in a patrol of Scouts youth learn to take responsibility and test different abilities. Consequently the rising generation has experience of performing various functions, realization of projects, teamwork and developed leadership capacity.

Bohdan Hawrylyshyn during his speech in 1975  at the 25th World Scouting Conference in Denmark mentioned: “I was deeply impressed that by spending a large part of my adult life in gaining knowledge in school of management and working professionally in this area, I realized that my first and true school of management was my membership in the Scout Patrol.”

The activities of patrols are coordinated by scouts itself under the tutelage of senior- and rover-scouts.

Plast is separate world, where are formed personalities with it’s symbolic basis. A symbolic basis of Scouting is a complex of elements that reflect the ideas that the movement is trying to implement in society. The purpose of the system is to develop imagination, a sense of adventure, creativity and resourcefulness in children. It gives an opportunity to make activities more friendly, exciting and to conscious the values of Plast. 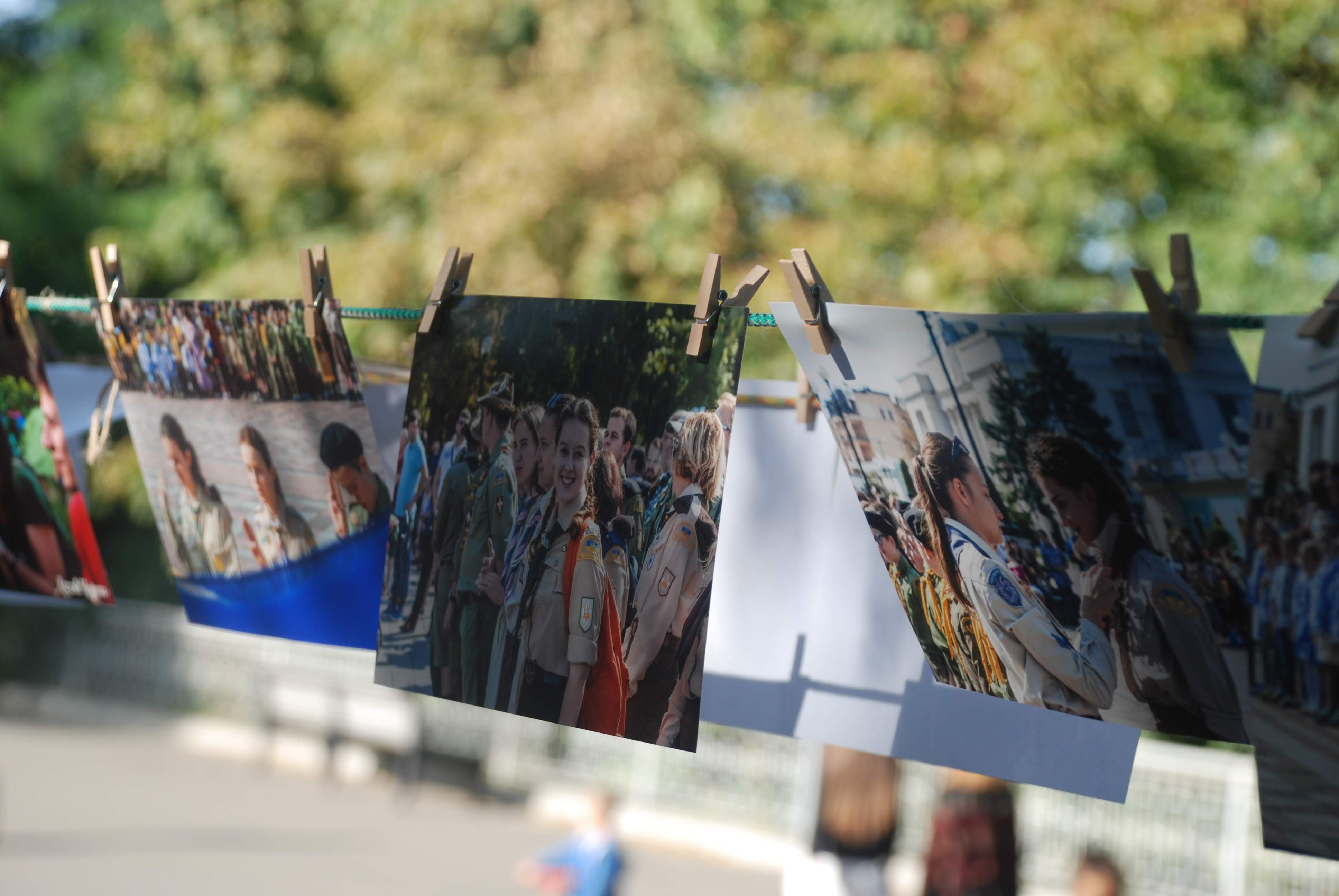 The symbolic Plast number is completed by a separate language, better known as “Plast slang”. Children create the brand and traditions of their patrols, troops and groups, that could be used by other scouts during decades, despite the change of generations.

People who are unfamiliar with the peculiarities of Scouting often consider Plast as educational organization. This is a false opinion. In fact, all components of the Plast environment cosentrate on the harmonious development of the individual through it`s self-development. Plast allows to form in personality objective self-esteem, steady motivation, valuable priorities, get positive experience. As practice shows, successful scouts become those who constantly work on themselves and demonstrate success not only in the Plast environment.

Self-development is carried out by means of produced programs. They include a list of the thematic tasks that a child/teenager independently determines when and in what form to perform. Of course, the mentor directs its efforts to gain new skills, abilities, knowledge and experience. All these tasks are consolidated in leadership programs, which, in their turn, have age-related divisions (approved for different Plast age groups).

True scouts rarely gather in buildings. The main field of their activity is nature, which is an ideal environment for the character development. Good scouts try to organize their weekly meetings outdoors in the warmer months. Monthly cognitive journeys is a must-have element of scout program. The finish of scout year for scouts and cub-scouts is a mandatory summer two-week camp.

Plast organizes about 200 such camps (for 25-50 people, but there are camps on 100 and more participants) in Ukraine every year. They are mostly occured in the form of tent camps. Children under 10 years camp on stationary bases.

Scouts who has successfully completed the first leadership program has a special opportunity. There are more than a dozen national (all-Ukrainian) specializations camps for them: hiking, water, aeronautical, art, military-patriotic, sports, cycling, equestrian etc. In addition to the camps, all-Ukrainian competitions on hiking are held in all seasons of the year.

Adult members could perform the following roles in Plast:

Only valid members have the right to vote in Plast meetings and be elected to the governing bodies of the organization. All the adults, with the except of several dozen administrators, are volunteers, who work for free. Adult volunteers understand that their personal example is better in the process of self-education of children than any words, and therefore the requirements in the personnel policy of the organizations are extremely high. The refusal to use nicotine and alcoholic beverages for example. Each candidate in several stages necessarily passes a special training (gains additional informal education).

The purpose of Plast is to educate Ukrainian Youth in conscious, responsible and plenipotentiary citizens of local, national and global communities, leaders of society with a help of ideological principles of Plast and principles of Christian morality. There are hundreds of unique examples when alumnus of the organization have successfully participated in community life.

A tradition of organized and personal activity based on the second main duty Plast oath: “To help others”. Today, thousands of Plast members develop a non-government sphere in Ukraine by initiating and developing of different partnerships for youth movements. For example, the Ukrainian Leadership Academy and Building Ukraine Together.