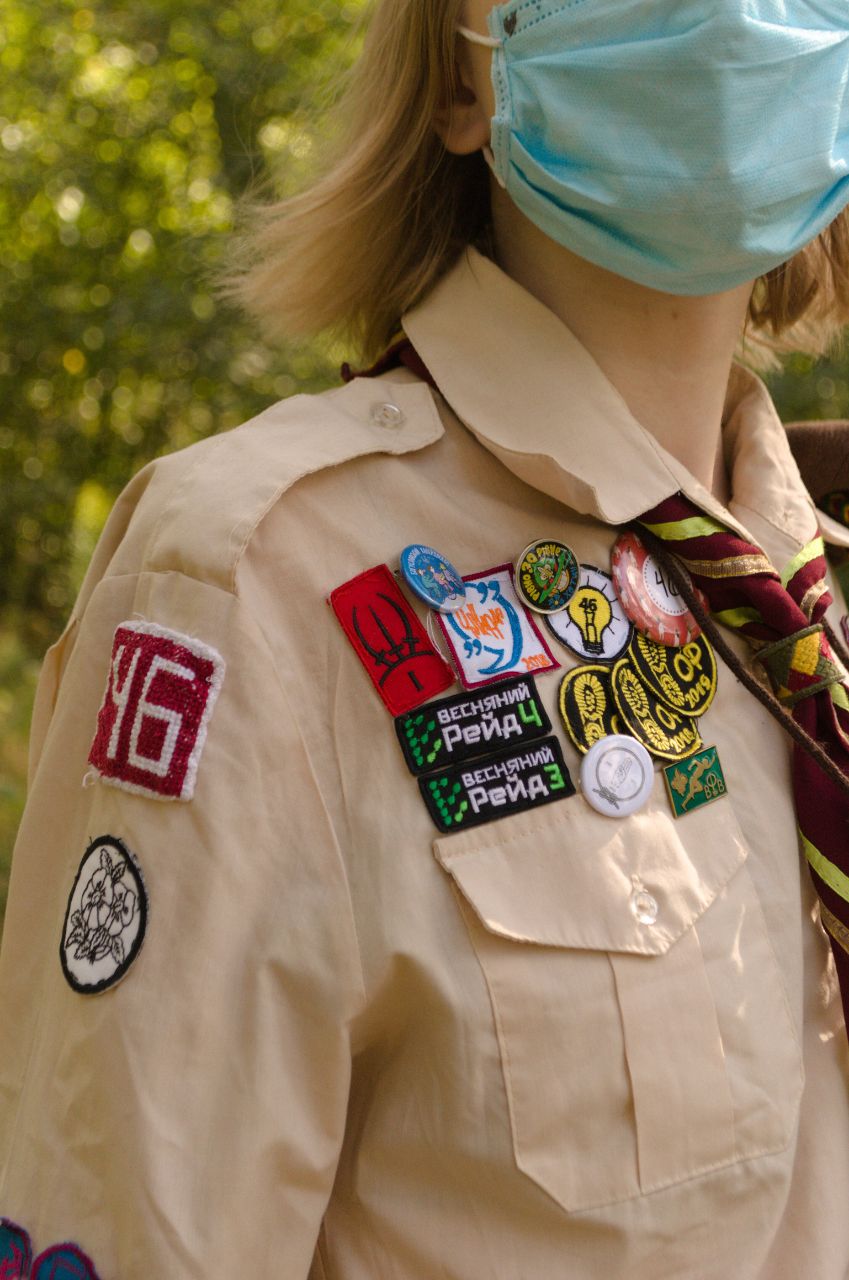 How did we spend the camp summer?

Ukrainian scouts usually hold more than 100 tent camps during the summer, but the quarantine restrictions this year made a significant impact on scout activities. Summer camping is an important element of youth leadership education in Plast system, so how Ukrainian scouts have adapted to new challenges and whether the camps were managed to be told below.

Since March Plast members have relocated their activities to online. All meetings, events were held as video conferences or broadcasts in social networks and video messengers. For the safety of children, Plast canceled all large-scale camps. With the weakening of quarantine in some regions, small walking tours (not more, than with 10 participants) were allowed. In such walking tours children had a usual program: seminars, master classes and quests. Following the quarantine restrictions children had to measure the temperature regularly , each slept in a separate tent and used only personal household belongings.

Camps for a large number of participants were held online for the first time 108-year history of Ukrainian Scouting. Plast mentors managed to hold all-Ukrainian innovative online camp “Unknown Paths” for teenagers. The camp`s program was filled like a conventional camp in nature, but took place on the zoom platform. The first week of the camp was theoretical and contained lectures, workshops, small tasks and during the second participants were prescribing their own projects.

In order to recreate the atmosphere of the camp it was recommended to sleep at home in sleeping bags and cook food on their own (for this was a culinary competitions were held). For better program implementation, the organizers developed telegram-bot, which sent automatically tasks, program, puzzles and challenges. In the evening, youth were able to sing songs, play games together, talk to friends from all over Ukraine.

Online camp was also held for the youngest Plast members under 6 years old – preschoolers. It required considerable help from the children`s parents, because many activities required child supervision. Each participant received a box in advance with the necessary things to perform the camp`s program: books, coloring books, brochures etc. The camp program was built around the common theme “Fairy Tales and 4 educational points of preschoolers”. Frame order and program were formed, taking into account the age characteristics of children.

In total, more than 10 online camps for children of all ages took place during the summer. This format does not replace live communication, but it helps to adapt to different situations and continue to work with young people.